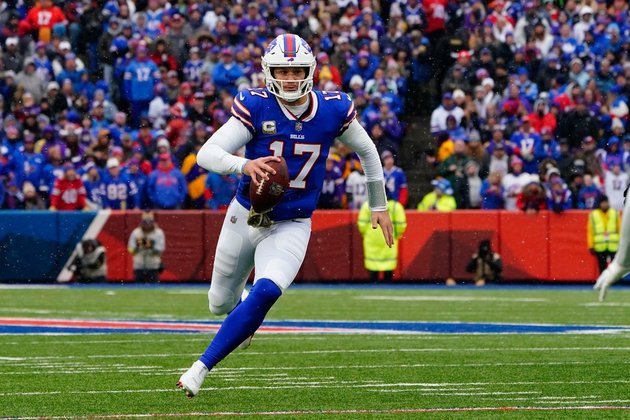 Buffalo Bills quarterback Josh Allen appears to set to play in Sunday's game against the Cleveland Browns in Detroit after not receiving an injury designation on Friday.

Allen has been dealing with a tender throwing elbow and he was a limited practice participant all week. Part of Buffalo's treatment plan for Allen is to limit his throwing during the week.

Allen has passed for 2,733 yards, 20 touchdowns and 10 interceptions and added 476 yards and four TDs on the ground.

Buffalo didn't practice Friday due to the heavy snowstorm that hit the area, which could also impact the ability to travel out of New York. The contest was moved to Detroit because of the storm that is expected to drop between 3 to 6 feet of snow.