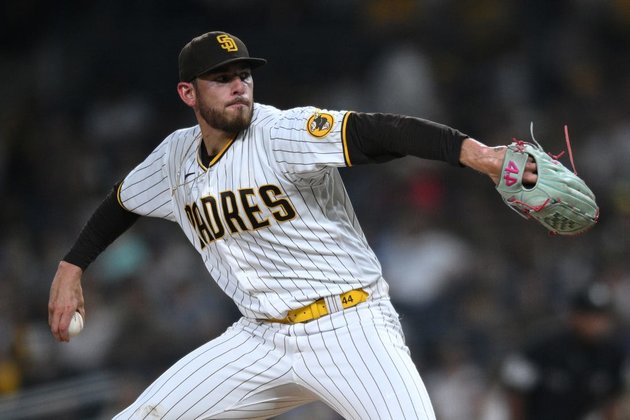 Freddie Freeman broke up a scoreless tie with a run-scoring single to center with one out in the 10th inning on Wednesday, giving the visiting Los Angeles Dodgers a 1-0 victory over the San Diego Padres.

Each of the first two games in the three-game series have gone to the 10th. The Padres scoring a walk-off, 4-3 victory on Tuesday.

Alex Vesia (5-0) earned the win on Wednesday after pitching a scoreless ninth inning. Tommy Kahnle pitched the bottom of the 10th and earned his first save, though it wasn't easy.

Automatic runner Jurickson Profar reached third when pinch hitter Josh Bell grounded out to short for the first out. Trent Grisham fouled off an attempted squeeze bunt before taking strike three for the second out. Ha-Seong Kim then hit a grounder back to Kahnle to end the gmae.

Los Angeles and San Diego both failed to capitalize on opportunities through nine scoreless innings.

The Dodgers had the bases loaded with two outs in both the first and the fifth innings. Each time, Padres starter Joe Musgrove struck out Joey Gallo for the final out.

The Padres had two on with one out in three different innings against Dodgers starter Luis Urias -- including each of the first two frames -- but failed to cash in each.

Urias worked six scoreless innings, giving up six hits and two walks while striking out five. He lowered his ERA to 2.17, which ranks third in the major leagues.