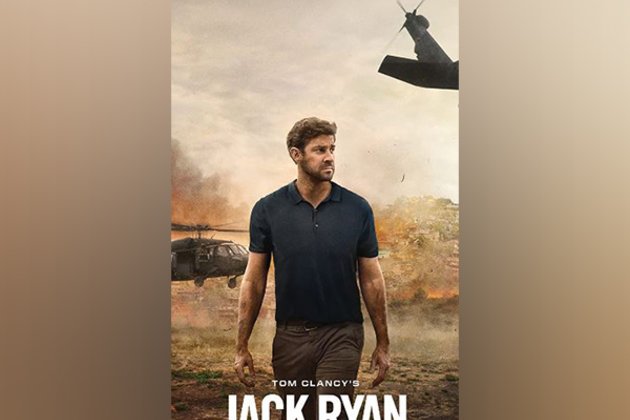 According to Deadline, all eight episodes of the series, starring and executive produced by John Krasinski, will launch in more than 240 countries and territories worldwide.

The action thriller's season 3 will show Jack Ryan, who has been wrongly implicated in a larger conspiracy and suddenly finds himself a fugitive out in the cold, on the run and in a race against time.

Wanted by the CIA and an international rogue faction that he has uncovered, Jack is forced underground, crisscrossing Europe, trying to stay alive, while preventing a massive global conflict.

Apart from Krasinski, Wendell Pierce as James Greer and Michael Kelly as Mike November will also return for the new season. Newcomers include Nina Hoss as Alena Kovac and Betty Gabriel as Elizabeth Wright, reported Deadline.

Previously, the show was given a season 4 nod when Michael Pena joined the cast. Before joining the cast full-time in Season 4, his character will be introduced in the final episode of Season 3.

Prime Video's 'Jack Ryan' series, based on the popular book series by Clancy, during its run has explored some of the fan-favorite storylines to create a nerve-wrecking thriller filled with stunning action set pieces.

However, Jack's journey will be ending as Prime Video has confirmed that season 4 will be the last one of the series. (ANI)