Ball was swinging, plan was to pitch it in right places: Arshdeep Singh following win over South Africa in 1st T20I 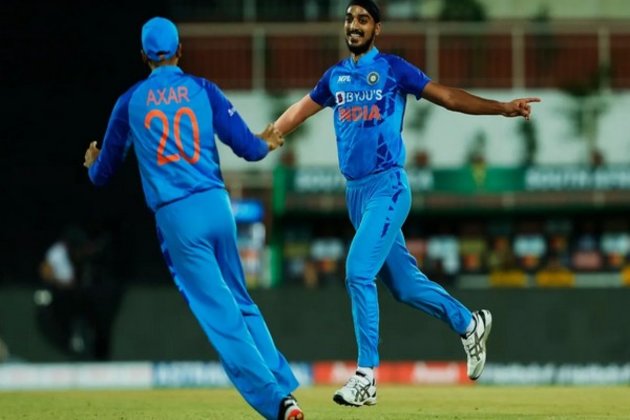 Thiruvananthapuram (Kerala) [India], September 29 (ANI): Following the eight-wicket win over South Africa, Indian pacer Arshdeep Singh said that the ball was swinging and his plan was to pitch it in the right places.

"It felt really good getting those wickets early. It is always a great feeling. The plan was really simple. The ball was swinging and I had to pitch it at the right places," said Arshdeep in a post-match press conference.

The young pacer said that the game was about the new ball and he and Deepak Chahar made a great pair during the powerplay.

Arshdeep admitted that spending some days at the National Cricket Academy (NCA) had helped him come back into the game stronger and fitter after he missed out on the Australian series at home.

On how his team is looking to adapt to Australian conditions, he said, "The main motive of the team is adapt as per conditions and situations, whatever the demands of the team are. When we will go there (to Australia), we will see how pitches work, the conditions and the dimensions of the ground. We will adapt really well, looking forward to doing well there."With this victory, India leads the series 1-0.

Put to bat first by India, South Africa had a start that even nightmarish would be an understatement. The unreal swing generated by Deepak Chahar and Arshdeep Singh saw the Proteas lose half of their team for just nine runs in less than three overs.

Chasing 107, India was off to a slow start, losing Rohit Sharma (0) and Virat Kohli (3) cheap to Kagiso Rabada and Anrich Nortje.

India was 17/2 in their six overs after the conclusion of the powerplay. KL Rahul (51) and in-form Suryakumar Yadav (50) took the game ahead, with Rahul anchoring and Suryakumar being the aggressor. Both stitched a match-winning 93-run stand to help India secure an eight-wicket win.

Arshdeep Singh won the 'Man of the Match' award for his brilliant spell.

The second T20I will take place in Guwahati on October 2. (ANI)