Why Is Iran Executing So Many Prisoners?

With a long list of crimes punishable by death, Iran put at least 314 prisoners to death last year, second only to China, which recorded more than 1,000 executions. The Iran Human Rights organization actually puts the figure at 333. That's up from 267 executions in Iran in 2020.

The alarming number of executions - almost all believed to be by hanging - has drawn the attention of much of the international community and of global rights watchdogs, who believe that capital punishment is cruel, degrading, and inhumane. But why have more Iranian prisoners been executed over the past two years? While mandatory death sentences still exist for certain offenses, observed trends raise questions about the real motive behind these sentences.

Ethnic minorities are also at a disadvantage in the justice system. Although they make up only 2 to 5 percent of the population in Iran, the Baluch minority accounted for 21 percent of executions in 2021 and 26 percent in the first half of 2022.

Iran is also one of the few countries in the world that executes juvenile offenders. International law forbids the death penalty for people who were under 18 years old at the time of the crime for which they have been convicted. In Iran, however, juveniles are often kept in prison and executed after they come of age. In 2021, a man who was 15 at the time of his arrest was executed in Iran after spending almost 20 years on death row. Currently, more than 85 convicted juveniles are on death row in Iran.

Other nuances of Iranian law, like a judicial system and courts that are widely seen as discriminatory and biased, also influence the criteria used to apply death penalties.

The head of the judiciary is directly appointed by Iran's supreme leader, Ayatollah Ali Khamenei. According to Iranian law, suspects are allowed access to a lawyer, but their rights to choose such lawyers are limited. In serious criminal cases and those involving security charges, suspects can only choose lawyers from a list approved by the head of the judiciary.

None of the death row inmates that Iran Human Rights obtained information about had access to a lawyer in the pretrial phase following their arrest.

Number Of Death Sentences Issued By Each Court Since 2010

However, these courts are not transparent, and judges are known for the extraordinary abuse of their legal powers, denying lawyers access to convicted individuals and allowing exhausting interrogations using torture to coerce suspects to confess to crimes.

Revolutionary Courts are also responsible for issuing severe sentences to those found to have criticized the authorities. In June 2021, the Iranian parliament passed a draft bill targeting citizen journalists. If approved, journalists or human rights activists reporting on the death penalty could face the death penalty themselves.

All of these factors facilitate the excessive imposition of death sentences in Iran. The years 2021 and 2022 saw dramatic increases in the number of executions. According to Iran Human Rights, at least 333 were executed throughout the country in 2021 - the most since 2018. And the numbers so far for 2022 are on track to shatter that record, with 320 already executed in 2022, according to Iran Human Rights.

Executions In Iran Over The Past Five Years

An increase in drug-related executions also raises questions given the current setting in which they are happening. An amendment to the Anti-Narcotics Law, passed at the end of 2017, had previously led to a significant decrease in the number of drug-related executions in Iran, but in 2021 there was a fivefold increase in these figures, with at least 126 people being executed for drug-related charges. This is a violation of international law, which prohibits the use of the death penalty for crimes not involving intentional killing.

The peak of executions for drug-related crimes in Iran in 2021 was in July, which was also the month after a presidential election, when protests over economic woes and water shortages erupted. On July 26, 2021, while protests were happening in Kermanshah, RFE/RL reported that, on top of "ruthless" force used against peaceful protesters, there was a wave of arrests on the outskirts of the city.

In an interview with RFE/RL, Mahmood Amiry-Moghaddam, the director of Iran Human Rights, observed another trend: Executions decline during major election periods. He said executions are paused because the world is paying attention to what happens in the country.

Correlation Between Executions And Elections/Protests

The number of executions also started to rise after Ebrahim Raisi took office in August 2021, and the average monthly number of executions under his presidency is already almost equal to that of former President Hassan Rohani during his seven and a half years in power.

Executions Under Different Governments In Iran

In May and June of this year, 33 people were executed in six different prisons across Iran. Amnesty International found out that, since early 2022, authorities in Raja'i Shahr prison, west of Tehran, have been executing five people each week on average, with up to 10 executions in some weeks. These grim figures were happening at the same time that the head of the judiciary, Gholamhossein Mohseni Ejei, and other top judicial officials were giving statements about the need to address prison overcrowding.

The Abdorrahman Boroumand Center had already identified this pattern in previous years. Between 2007 and 2008, then-judiciary chief Ayatollah Shahroudi instituted a strategy aimed at resolving a backlog of cases. This resulted in a significant number of cases being tried and closed, yet nearly 1 million cases were still unresolved in 2013. The judiciary chief then issued more guidelines to speed up these processes. In the years since Shahroudi's guidelines, executions in Iran increased dramatically, reaching a peak of 1,054 in 2015.

Reported Executions In Iran Over The Last Decade

Another pattern observed happened during talks concerning the Joint Comprehensive Plan of Action (JCPOA), the official title for the nuclear deal between Iran and Western powers. Amiry-Moghaddam of Iran Human Rights said that Iranian authorities are under less scrutiny when the JCPOA talks are ongoing, as was the case in early 2021 when efforts to revive the deal, abandoned by former U.S. President Donald Trump, were restarted.

This pattern of an increase in executions was also observed during the initial rounds of the JCPOA talks in 2013-15.

For the first time in decades, no public executions were reported in Iran in 2021, a fact attributed to the COVID-19 pandemic. "However, recent reports indicate that the Iranian authorities are planning to resume public executions," Iran Human Rights says. "Strong condemnations by the international community and civil society in Iran can prevent this barbaric practice from returning to the streets."

SYDNEY, NSW, Australia - Stocks in Asia made broad brush gains on Thursday despite a sudden upturn in the U.S. ... 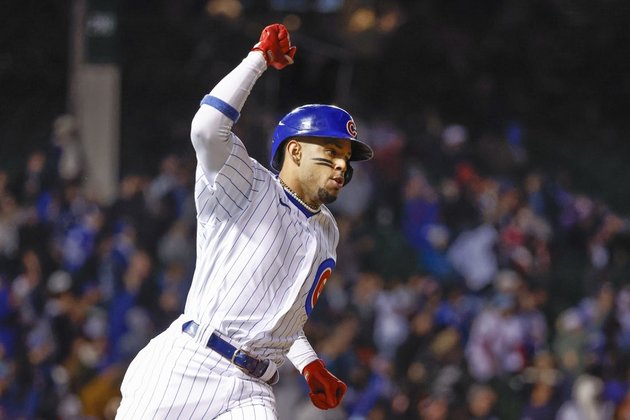 The Philadelphia Phillies aren't making things easy in their quest to reach the postseason for the first time since 2011. ... 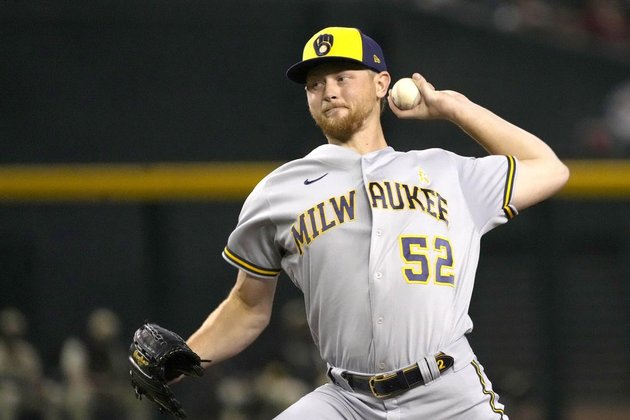 The Milwaukee Brewers hope that home cooking will be the recipe for a wild-card spot as they open a four-game ... 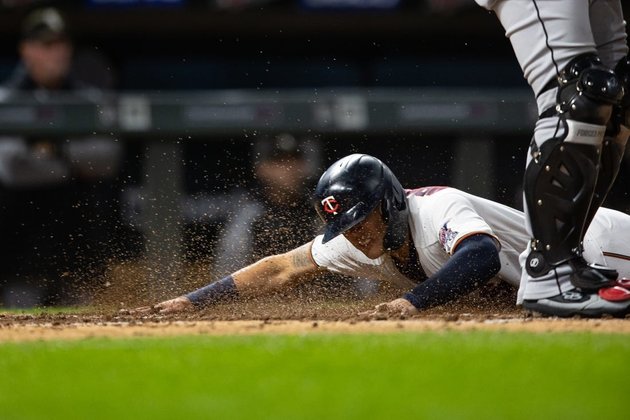 The Minnesota Twins finish up their 2022 home schedule on Thursday afternoon as they try and complete a three-game sweep ...

Rohingya Seek Reparations from Facebook for Role in Massacre 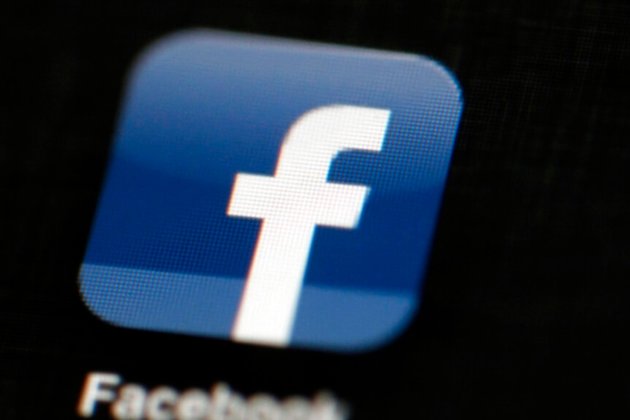 With roosters crowing in the background as he speaks from the crowded refugee camp in Bangladesh that's been his home ... 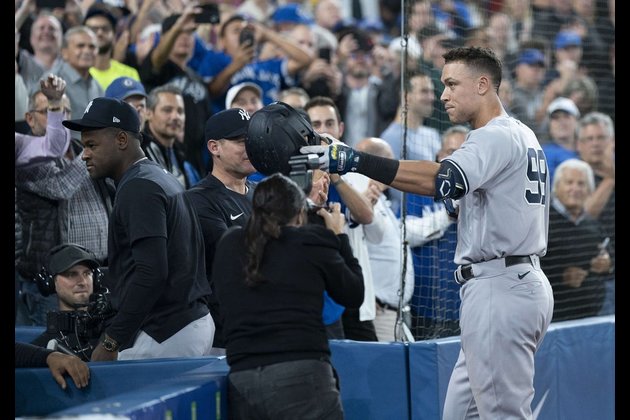 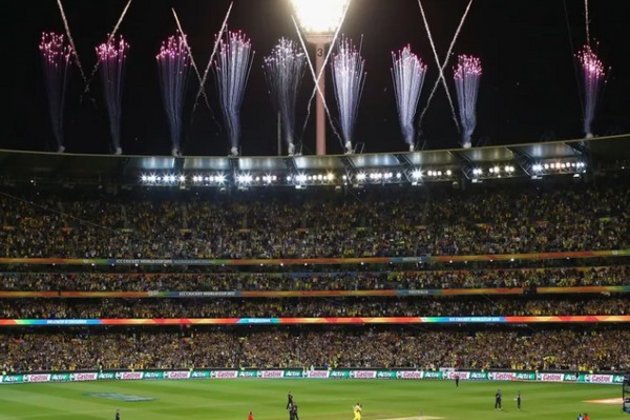