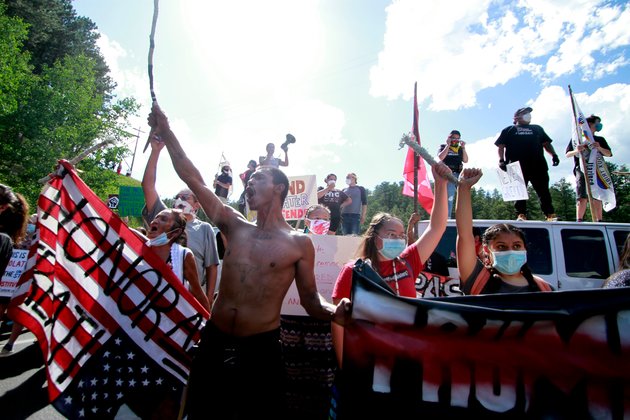 WHITE HOUSE - U.S. President Donald Trump is firmly planting his flag on one side of the culture war in America.

In a pair of high-profile speeches and in comments on Twitter, Trump rebuffed the growing movement that wants police forces to address racial bias and seeks the removal of monuments and flags of the Confederacy.

Emphasizing patriotism and a traditional narrative of American history, Trump is appealing to his political base and rejecting his opponents as dangerous for the country.

With the granite giant heads of four U.S. presidents as his backdrop at Mt. Rushmore on Friday and on the White House South Lawn to celebrate the country's independence anniversary the following day, Trump warned of a domestic threat from angry mobs composed of anarchists, Marxists and far-left fascists, who are "trying to tear down statues of our founders, deface our most sacred memorials, and unleash a wave of violent crime in our cities."

A left-wing cultural revolution, according to Trump, seeks to wage a "merciless campaign to wipe out our history, defame our heroes, erase our values, and indoctrinate our children."

Public opinion polling has shown broad support among Americans for the Black Lives Matter movement, with about two-thirds of Americans saying they support the movement, including some 60% of white Americans.

Over the weekend, a spokesman for the campaign of presumptive Democratic nominee Joe Biden said the U.S. was suffering as a result of having a "divisive" president who doesn't "give a damn about anything but his own gain."

"Our whole country is suffering through the excruciating costs of having a negligent, divisive president who doesn't give a damn about anything but his own gain - not the sick, not the jobless, not our Constitution, and not our troops in harm's way," campaign spokesman Andrew Bates said in a statement on Saturday.

Some Republican lawmakers are offering praise for the president's comments.

"I thought the speech was absolutely one of the best that he has given and how appropriate that he reminded the American people and that we are unique and that you can bet on hope or you can bet on fear," Senator Marsha Blackburn of Tennessee said during an interview on a Fox News show on Sunday.

Trump's rhetoric is reminiscent of the "American carnage" theme during his 2017 inauguration address. On Monday, he took it even further, assailing the only full-time African American NASCAR race car driver and sharply criticizing the racing organization for its recent racetrack ban on the display of the Confederate flag.

Trump pointedly asked whether Black driver Bubba Wallace has apologized for the support NASCAR rendered him after a noose was discovered in an Alabama racetrack garage he was occupying. NASCAR and investigators later determined the rope was being used as a door pull and had been in the garage months before Wallace had use of the space.

Trump, on Twitter, wondered whether Wallace has "apologized to all of those great NASCAR drivers & officials who came to his aid, stood by his side, & were willing to sacrifice everything for him, only to find out that the whole thing was just another HOAX?"

Trump said the ensuing uproar over the rope and NASCAR's "Flag decision has caused lowest (television) ratings EVER!"

NASCAR recently banned at its events and properties any display of the Confederate flag, which celebrates the 11 Southern states that seceded from the United States in the 1860s in support of slavery.

A Republican senator who supports Trump is, however, defending Wallace and NASCAR, saying their concerns "made perfect sense" and the driver has nothing to apologize for.

"NASCAR is trying to grow the sport and one way you grow the sport is you take images that divide us and ask that they not be brought into the venue," Graham said.

Other Republicans are growing uncomfortable with the president's election-year focus on the culture war at a time a coronavirus pandemic has killed more than 130,000 people in the United States.

Bill Kristol, who served in the Ronald Reagan and George H.W. Bush administrations, told VOA that for voters in November, "Trump's the incumbent - he's in charge. So, it's more of a judgment on how he's doing than on which side of the culture war you might like or dislike most."

Kristol is among a number of prominent conservative figures who have long criticized the president and oppose Trump's reelection.

Some of the president's critics see his culture war appeals as a distraction technique to try to set the nation's political agenda.

"Trump would prefer to talk about culture war issues rather than the currently dominant issues of the uncontrolled virus, the economic downturn or the demands to address systemic racism," according to Texas A&M Associate Professor Jennifer Mercieca, a historian of American political rhetoric.

"Trump has routinely relied on provoking outrage in his followers to keep them attentive and engaged with his messages and it may well continue to work with him," Mercieca, author of Demagogue for President: The Rhetorical Genius of Donald Trump, told VOA. "However, it's not a message that will do more than solidify his base. It's hard to get folks concerned about a culture war when their lives are at risk."

White House Press Secretary Kayleigh McEnany on Monday was asked by reporters about the president saying 99 percent of COVID-19 cases "are totally harmless."

According to McEnany, Trump "was noting the fact that the vast majority of Americans who contract the coronavirus will come out on the other side of this."

According to the World Health Organization, 20 percent of those diagnosed with the infection progress to severe disease, including pneumonia and respiratory failure.

Other administration officials have also shied away from contradicting the president's comments playing down the severity of the infection.

A White House press secretary during the Bill Clinton administration, Joe Lockhart, said everybody around Trump lives in fear of contradicting the president.

"On his worst comments, they say he was just kidding or being sarcastic," Lockhart told VOA. "But they will never say he's wrong. The problem is he is wrong most of the time."

With Republican voters, Trump's approval rating has increased to 91 percent but has dropped among independents to 33 percent, while the president gets a positive assessment from just 2 percent of Democratic Party voters in the latest Gallup Poll, released Monday.

"The current 89-point difference between Republicans' and Democrats' ratings of Trump is the largest partisan gap Gallup has ever measured for a presidential approval rating in a single survey," according to the pollster. 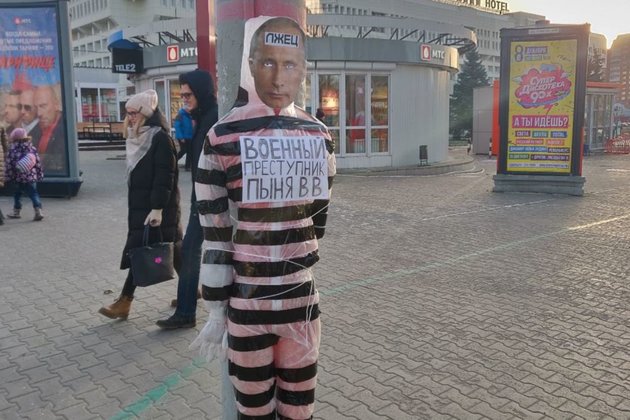