News Corp's closing of its community and regional papers, with few remaining and others online-only, cancels centuries of beliefs about media in the community, which were already dying.

Gone overnight are the "local papers" familiar to dozens of towns and with them assumptions about what the media are supposed to do.

Since the 19th Century advent of machine printing presses and mass-circulation dailies, the idea set in that the news would be business, professionally produced, selling a service not promoting causes. That would mean benefits to all.

The coverage would be popular, like sports, crime, cartoons, crosswords, market information, the weather, horoscopes, astonishing world events and so on.

The real estate and classified advertisements were vital to the economic life of the community. Politics and all other sensitive matters would be done according to an ethic of fairness and balance, generally respecting all views; best practice with the vital commercial imperative of not offending customers by confronting them with too much they did not want to read.

It was the birth of the dictum of objectification for journalists when doing the news and it did a lot for civility, tolerance and keeping the peace.

It worked for democracy.

Journalism or something else?

That has been thrown out during the last decade by News Corp, taking up instead the approach worked-up by the parent organisation in America, with its Fox News - essentially blatant propaganda backing conservative political interests.

The former Prime Ministers, Malcolm Turnbull and Kevin Rudd, have been saying that News Corp has gone further, wanting to take part in political decision-making, for example, by campaigning within the Australian Liberal Party and in its publications, for Turnbull's removal from office.

Several devoted journalists have been noticed leaving the company. Others have soldiered on providing conventional and marketable news of the town, but operating in poor company.

These have been increasingly displaced by campaigning editorials, notably supporting the News Corp fixation against recognising climate change; sneering commentators, syndicated across the chain; other devices, like the closing off of the letters columns to all but the political right.

Suddenly, the Corporation has responded to its other keen interest - making money - and brought forward some inevitable decisions about keeping the print runs going. The dramatic drying up of revenue in the coronavirus crisis just kicked it over the edge.

As is well-known, its trouble is firstly the product of new information and communication technology, generating a complex of factors working against newspapers: very effective alternative advertising formats, both classified and through social media; other forms of communication, like social media, busting the media's hold on huge audiences; broader cultural and economic changes working against consensus and sharing, like neoliberalism or new racialist movements on the right.

The squeeze on media means that media businesses become smaller. In the classic case of Channel Nine, always a subject of great interest to its proprietorial family, The Packers moved on from Channel Nine when free-to-air television began to falter, instead investing in casinos.

In 2013, Rupert Murdoch's newspapers were put in the News Corp Australia stable and separated from the rest of the media empire, which was working on new media solutions of its own, such as buying into online classified businesses and pay television.

Why did they keep going with daily print operations this long?

Hopes of building upon the residual good market position of newspapers, down but not out, with new solutions, like multi-media ventures with television and online; and keeping them for political purposes. Before the closures announced last week, stories were rife that at last, they would close The Australian. But The Australian is a conservative organ for the business community; it is a favourite child of Murdoch who founded it in 1964. The Australian, which always runs at a loss, can be useful for pleasing or pressuring political leaders and promoting causes, like, of all things, denying climate change.

In the outcome this week:

After the suspension of 60 News Corp papers in April, News Corp has now pronounced the full list:

112 newspapers will end print publishing; 36 of those will close altogether; and 76 will continue only as online publications.

Three newspapers in Sydney, the Wentworth Courier, Mosman Daily and the North Shore Times, will come out of temporary closure to resume print operations. The News Corp metropolitan mastheads will stay in print, along with some of the regional or community papers, such as the Townsville Bulletin.

In 2016, News Corp bought the suite of regional newspapers operated by the APN company, which saw better prospects elsewhere, like operating its billboards across the length and breadth of the country.

Several of those acquisitions are now on the death list announced by News Corp or set for conversion to online-only: in Queensland, the Sunshine Coast Daily, the Mackay Daily Mercury and the Queensland Times in Ipswich, and in New South Wales, the Northern Star and Daily Examiner, have all been listed to go over to digital-only.

Over time, the Corporation has absorbed dozens of household-name publications, going back well over a century; like the long-time family-owned Bowen Independent, a go-to office for information, announcements and help. It's now closed.

Why did News Corp take over so many publications?

Why the drive for monopoly control of the regions in print? If it's the thinking of copy sharing and economies of scale, there is a plain flaw: the product is a cultural product, communication among communities, extremely difficult to fake or manufacture on a soulless footing.

What is to come out of this destructiveness towards community across the land?

The surviving newspapers and the "online-only" ones using their old mastheads may survive as smaller media enterprises.

There are gaps now being left open in the market for small operators, especially with online publications, with a talent for diverse funding, running beyond scratching-up local advertisements or a small slice of national campaigns.

Another kind of product, "micro media" in very small communities, might fulfil many of the historical functions of newspapers: people contribute - births, deaths, marriages, performances, local campaigns. It must be a labour of love; Pulitzer prizes come rarely in this category.

Journalists, last but not least

Certainly, there are many journalists. The journalists union, the Media, Entertainment and Arts Alliance (MEAA), has been beset by redundancies and mass sackings for more than the last two decades. This time, it heard the news through leaks coming out of News Corp. After 12 hours, individual journalists had received no word about their position.

MEAA's Chief Executive, Paul Murphy, called the company's move a "massive blow to communities", with hundreds of staff likely to be lost.

SYDNEY, NSW, Australia - Stocks in Asia fell on Tuesday inline with overnight falls on Wall Street.Stocks rallied around the ...

The COVID-19 pandemic's toll on economic activity in recent months is only the beginning of the story. While the rapid ...

UK to spend hundreds of millions of pounds on border infrastructure

KABUL, Afghanistan, July 14 (Sputnik/ANI) - U.S. troops have left five bases in Afghanistan and the number of servicemen in ...

TEHRAN (Tasnim) - A retired employee of Iran's Defense Ministry has been hanged for providing the US Central Intelligence Agency ...

Russia's nuclear policy remains "defensive." However, a number of new conditions have been set for when a strike can be ...

Elvis's grandson dead at the age of 27, reportedly shot himself 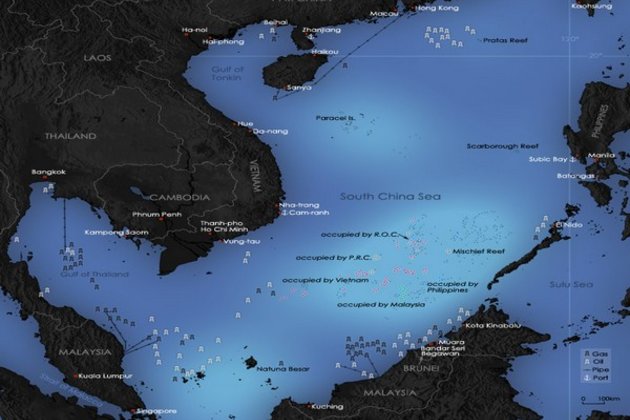 Washington [US], July 14 (ANI): In recent times, the People's Republic of China (PRC) has doubled-down on its campaign to ...