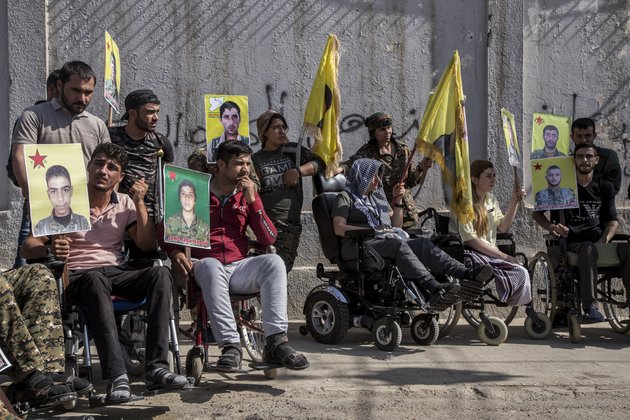 WASHINGTON - As the Turkish military and its allied Syrian rebels continue their operation against U.S.-backed Kurdish forces in northeast Syria, Christian communities in the region fear that the Turkish-led offensive is threatening their very existence in the war-torn country.

On the first day of the Turkish offensive, which began on Wednesday, a Turkish artillery attack reportedly targeted a predominately-Christian neighborhood in Qamishli, the largest city in northeast Syria.

According to local sources, Ayeda Habsono and her husband, Fadi, were severely wounded in the attack that hit their house. Several other residents were also wounded.

On Friday, the Virgin Lady Church in the town of Qahtaniya, near Qamishli, was also hit by Turkish shelling, local news said. Parts of the building were destroyed.

Trump Pulls out Remaining Troops from N. Syria; Warns of 'Powerful Sanctions' on Turkey US leader says he is working with Congress to impose economic sanctions against Ankara

Hadeel Oueis, a Washington-based journalist who has family members living in northeast Syria, says that her Christian relatives have been living in constant fear.

"My family in Syria now lives in panic. For them, this Turkish assault is an existential threat," she told VOA.

She added that churches in Qamishli and elsewhere in northeast Syria have been ringing their bells, alarming locals of the ongoing Turkish military operations.

"Many of my female Christian friends and classmates were kidnapped by ISIS, but now people are even more afraid from what would happen now if Turkey invaded our areas," Oueis, said using an acronym for the Islamic State (IS) terror group.

During its rise in 2014, IS abducted thousands of women and young girls of religious minorities such as Christians and Yazidis in Syria and Iraq. Many those women were used as sex slaves by IS militants.

Among the Turkish-backed rebels who are participating in the ongoing offensive in northeast Syria are many Islamist groups who have committed abuses against civilians elsewhere in Syria, according to international rights groups.

The Turkish-led offensive was launched days after U.S. President Donald Trump ordered U.S. troops to withdraw to allow Turkish forces to carry out the operation.

Trump's decision has drawn criticism from many in the U.S., including influential Christian figures who said that the move would put the lives of thousands of civilians at risk.

Some evangelical leaders like Franklin Graham, President of Samaritan's Purse and the Billy Graham Evangelistic Association, considered Trump's decision a threat to religious freedom in Syria.

Pat Robertson, televangelist and founder of the Christian Broadcasting Network, said he was "appalled by Trump's decision to withdraw U.S. troops from northeast Syria, which could lead "the Christians and the Kurds to be massacred by the Turks."

"I believe... the president of the United States is in danger of losing the mandate of heaven if he permits this to happen," Robertson said in a broadcast on Monday.

Evangelical Christians have been among President Trump's staunchest supporters in recent years.

Bassam Ishak, president of the Syriac National Council, one of the largest Christian political groups in Syria, said he has been lobbying Evangelical and other Christian groups in the U.S. to pressure President Trump to alter his Syria policy.

"I have been in touch with evangelical leaders, explaining our situation on the ground," he said, adding that "Trump has no choice but to listen to what his Evangelical constituencies are saying, because he can't afford to have problem with evangelicals."

Ishak told VOA the U.S. administration has a moral responsibility to protect Christians and other minorities in Syria.

UN Warns Condition of Civilians Caught in Turkish Offensive in Syria UN office for the coordination of humanitarian affairs estimates more than 130,000 people are newly displaced and a growing number are living in collective shelters

U.S.-based relief groups said they have been in contact with Christians in Syria to prepare for providing emergency aid to locals.

"Our Christian friends in Kobani [in northern Syria] are using our supplies we placed there earlier to help people who have fled villages to the east that have been hit by the Turks," David Eubank, director of the Free Burma Rangers, a humanitarian group that has been involved in humanitarian relief in Syria, told VOA.

He said he would try to cross into Syria personally to take more medical supplies and other types of assistance.

Eubank noted that Christian residents in northeast Syria "are very afraid the attack will come to Kobane next but already over 100,000 are displaced along the border."

Other Christian advocacy groups in the U.S. said they are evaluating responses to support Christians and other minorities in Syria during this crisis.

"Turkey's invasion not only endangers the Kurds, but also endangers a Christian minority that has for years feared a Turkish invasion that would 'cleanse' its presence in northern Syria," said Boris Zilberman, Director of Public Policy and Strategy at the CUFI Action Fund, an American Christian organization that advocates for the protection of Christians in the Middle East.

"The casualties we have seen thus far and the targeting of Christian areas only reinforces those fears," he told VOA.

SYDNEY, Australia - Stocks rose across the board in Asia on Thursday with Chinese indices doing best.The U.S. dollar meantime ...

Warning for owners whose dogs are attacking sheep on Irish farms

DUBLIN, Ireland - An alarming number of attacks by dogs on sheep has prompted an appeal from gardai for dog ...

A group of investment firms and shareholders is lobbying Nike, FedEx and PepsiCo to end their sponsorship agreements with the ...

NEW YORK, New York - Stocks in the U.S. were mixed on Wednesday with the Dow Jones falling 77 points, ...

Two-thirds of Airbus' 15,000 job cuts to be in France and Germany

TOULOUSE, France - Airbus says it plans to adapt its global workforce and resize its commercial aircraft activity in response ...

WASHINGTON, DC - Amid plummeting poll numbers and mounting pressure over his handling of the pandemic, Black Lives Matter protests ...

The Taliban says it has held a video conference call with U.S. Secretary of State Mike Pompeo during which the ...

The UN High Commissioner for Human Rights warned Israel on Monday not to proceed along the "dangerous path" of annexing ...

HONG KONG, June 30 (ANI): As the voices against the imposition of national security legislation in Hong Kong grows worldwide, ...

Mudslide at Myanmar Jade Mine Kills At Least 162 Scavengers 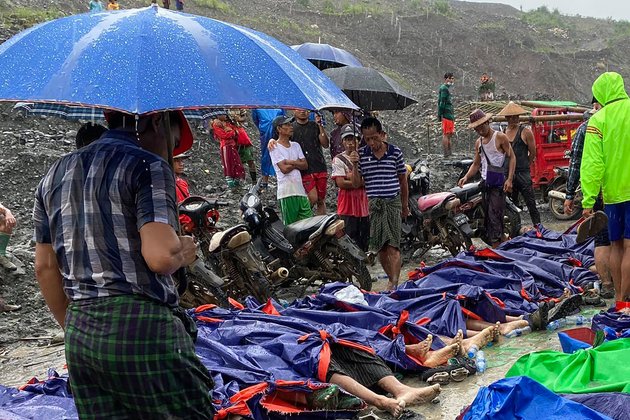 A massive landslide at a jade mine in northern Myanmar Thursday buried more than 200 scavengers, killing at least 162 ...