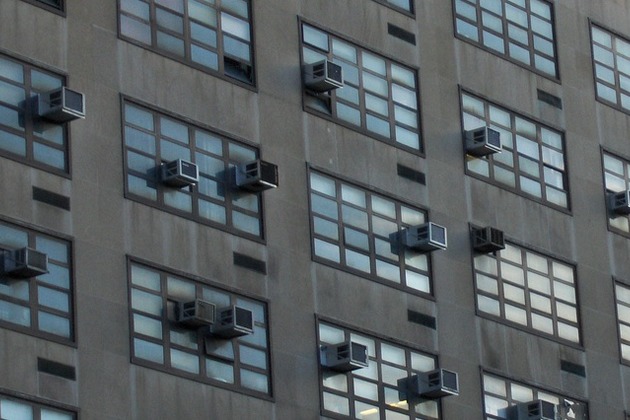 LONDON, 14 February, 2017 - Here is a vision of the future in a warming world without fossil fuels.

You don't have to switch on the air conditioning because your roof re-radiates the sun's heat back into space.

You don't have to worry that the current from solar energy will turn off at night, because the same sunlight that powered the refrigerator has also turned two greenhouse gases into hydrocarbon fuel that serves as battery back-up.

You don't need a spare battery for your smart watch because your own clothing can turn heat, light and your own movement into electric current.

And - sorry about this - your own post-digestive output can be turned straight back into input as fuel for your energy-efficient motor.

Every one of these future visions to bypass the use of fossil fuels is still in the laboratory stage, but all could make it to the market. And they are further testament to the resource and ingenuity on offer in the world's laboratories, as science reacts to the increasing threat of global warming and consequent climate change.

At the 2015 climate change summit in Paris, the world's nations agreed to limit global warming to 2C or less.

That must mean a drastic reduction in the combustion of the fossil fuels that pump ever more carbon dioxide into the atmosphere, raising global temperatures to drive potentially catastrophic shifts in the planet's climate.

And scientists and engineers around the world have been experimenting with new approaches to the great energy challenge.

They have found new ways to exploit natural waste, turned waste wood into solar panels and window glass, and recycled atmospheric carbon dioxide to boost an electric car battery. They have even tested a catalyst that could, in theory, enable a car to run on water.

And just as one set of researchers has warned that global warming will increase the demand for air conditioning that will in turn generate higher atmospheric temperatures, a group of scientists in the US has tested another answer: passive air conditioning.

They report in Science journal that they have developed a transparent "metamaterial" made of glass and polymer just 50 thousandths of a millimetre thick, and with unusual properties.

It can let sunlight through, but will reflect 96% of the sun's noonday heat back into space as infra-red radiation. This is called passive radiative cooling, and it happens naturally at night. But the new material works in broad daylight.

"Just 10 to 20 square meters of this material on the rooftop could nicely cool down a single-family house in summer," says Gang Tan, associate professor of civil and architectural engineering at the University of Wyoming.

Xiaobo Yin, co-author of the report and assistant professor on the materials science and engineering programme at the University of Colorado at Boulder, adds: "Just by applying this material to the surface of a solar panel, we can cool the panel and recover an additional 1% to 2% of solar efficiency. That makes a big difference of scale."

They say the technology can be scaled up, and the next step is a 200 square metre "cooling farm" prototype on the Boulder campus.

But having found a way to save energy and enhance photovoltaic cells, solar energy engineers still have one big problem: how to keep the lights on at night.

Swiss scientists report in the Energy and Environmental Science journal that they have a new chemical process that can use the sun's thermal energy to cook carbon dioxide and water vapour - both, in the atmosphere, are greenhouse gases - into hydrogen and carbon monoxide, and then into fuel such as methane, petrol or diesel that could drive a turbine.

"This allows solar energy to be stored in the form of chemical bonds," says Ivo Alxneit, senior scientist in the solar technology laboratory at the Paul Scherrer Institute in Switzerland. "It's easier than storing electricity."

The process, based on a compound of cerium and rhodium, has so far delivered only small amounts of fuel. "But we have shown that our idea works, and it has taken us from the realms of science fiction to reality," says Dr Alxneit.

Researchers in the US have already tested technologies to convert the kinetic energy of a footstep into current, and even developed a fabric that could generate power from sunlight and from motion.

But scientists in Finland are claiming a threefold victory. They report in Applied Physics Letters that they have a perovskite crystal structure that is ferroelectric, pyroelectric and piezoelectric - that is, it can turn sunlight, heat and movement into electricity simultaneously.

They have yet to build a prototype energy-harvesting device, but once they demonstrate that they can, commercialisation could follow within a few years.

Human sewage could be delivering gasoline long before that. A $9 million wastewater treatment utility in Vancouver, Canada, is to test "hydrothermal liquefaction" in 2018 with a technique developed by Pacific Northwest National Laboratory.

Put simply, if immense spans of time and tectonic pressure are all that is needed to turn living tissue into crude oil, then mechanical pressure and high temperatures can recycle excrement into energy too, but at a much faster rate.

The laboratory calculates that US treatment plants handle 24 billion gallons of sewage each day - and this could be the raw material for 30 million barrels of oil a year. One single person could generate two or three gallons of biocrude a year.

"There's plenty of carbon in municipal wastewater sludge and, interestingly, there are also fats," says Corinne Drennan, who heads bioenergy technology research at the laboratory.

"The fats or lipids appear to facilitate the conversion of other materials - such as toilet paper - in the wastewater, keep the sludge moving through the reactor, and produce a very heavy high-quality biocrude that, when refined, yields fuels such as gasoline, diesel and jet fuels." - Climate News Network

NEW YORK, New York - Traders returned to work on Wall Street on Friday for a short time to send ...

Indian economy dives 7.5 percent in 3 months to end of September

SYDNEY, NSW, Australia - Asian stock markets were mixed on Friday, and movements limited with Wall Street closed for the ...

Aerial photo taken on Nov. 26, 2020 shows the view of Nanning International Convention and Exhibition Center and the neighboring ...

BEIJING, China, November 26 (ANI): Despite the growing disquiet between Taipei against Beijing, Chinese technology companies have increased orders for ...

DUBLIN, Ireland - Irish whiskey and Irish cream have been given a boost by their special designation by one of ...

Brazilian President Jair Bolsonaro said Thursday he would refuse a coronavirus vaccine, the most recent of his vaccine-skeptic statements. "I'm ... 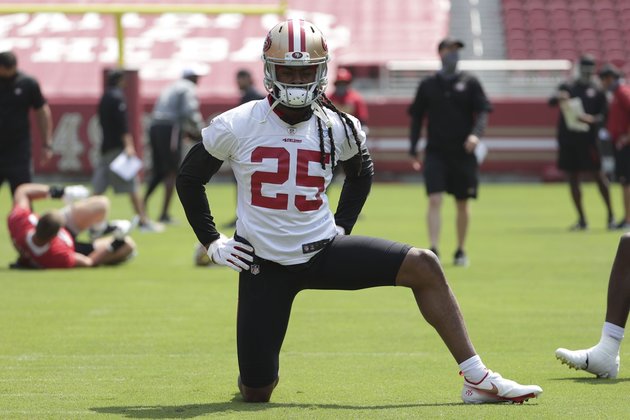 The San Francisco 49ers will add cornerback Richard Sherman and running backs Raheem Mostert and Jeff Wilson Jr. to the ...

San Diego State-Colorado matchup is sign of the times 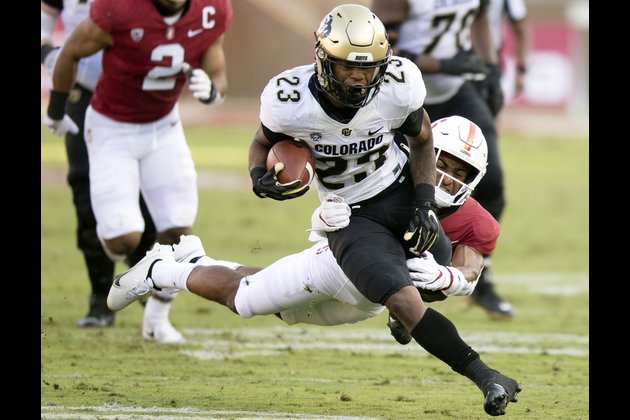 In a season of uncertainty and a week of what-ifs, the Colorado Buffaloes executed a contingency plan put in place ... 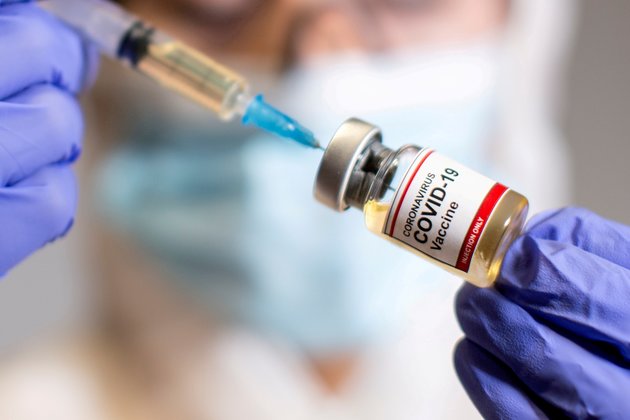 The World Health Organization's top vaccine expert says the agency needs to evaluate coronavirus vaccines and their immune responses based ... 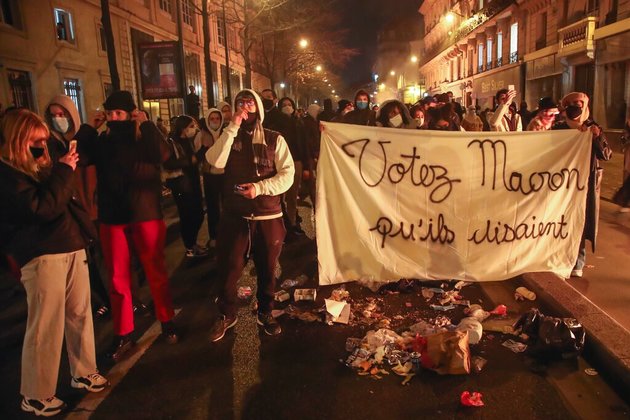 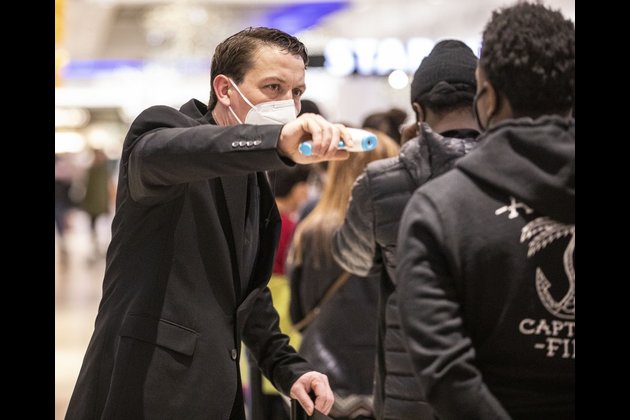 An employee checks a shopper's temperature during Black Friday shopping at Fashion Outlets of Chicago in Rosemont, Illinois, the United ...

Youth of the Beast (Yaju no seishun)

Youth of the Beast (Yaju no seishun) [DVD]